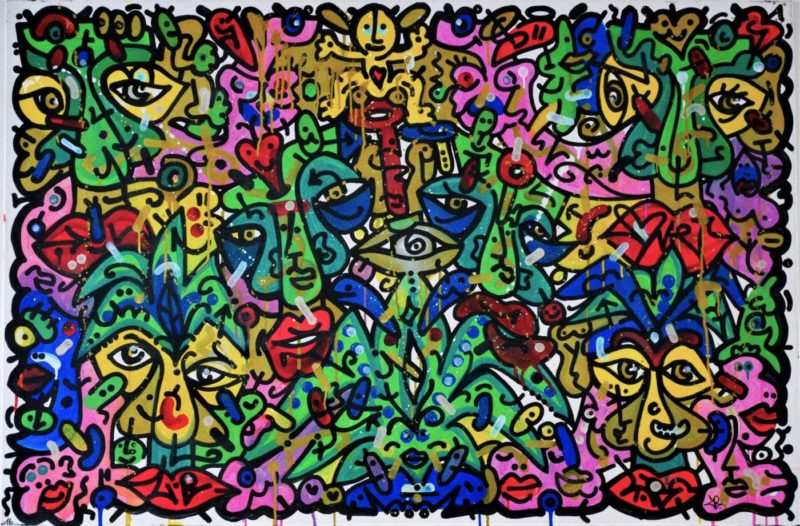 A product of modern-day urban culture, Louis Bottero has evolved within the graffiti movement for over 15 years. The energy of this urban space, with which he has learned to live and converse, is today the basic inspiration for his pictorial work. The paintings are marked by the spontaneity of his gestures, graphic impulsion and instinctive lines. Indeed, in an absolute and sacred spontaneity, this musician of colors interprets the letters and the world. So, he takes us into a graphic and luminous universe, marked by the impulse of gesture and instinctive line.This approach results in the creation of complex works teeming with a multitude of details and symbols.

Very much involved in the artistic scene of modern urban art, he works and exhibits in Paris and Berlin and regularly performs live painting. In particular, he exhibited at the Fondation EDF in Paris, as part of the Graffiti 2014 Competition, and on the other side of the Atlantic, at Arsenal, Montreal’s modern art centre, where he represented French urban art at an international exhibition alongside Jérôme Mesnager.

In 2015, he was artist in residence at Paris’s Cité Internationale des Arts. Since then, the artist can be found on walls or in galleries all over the world. 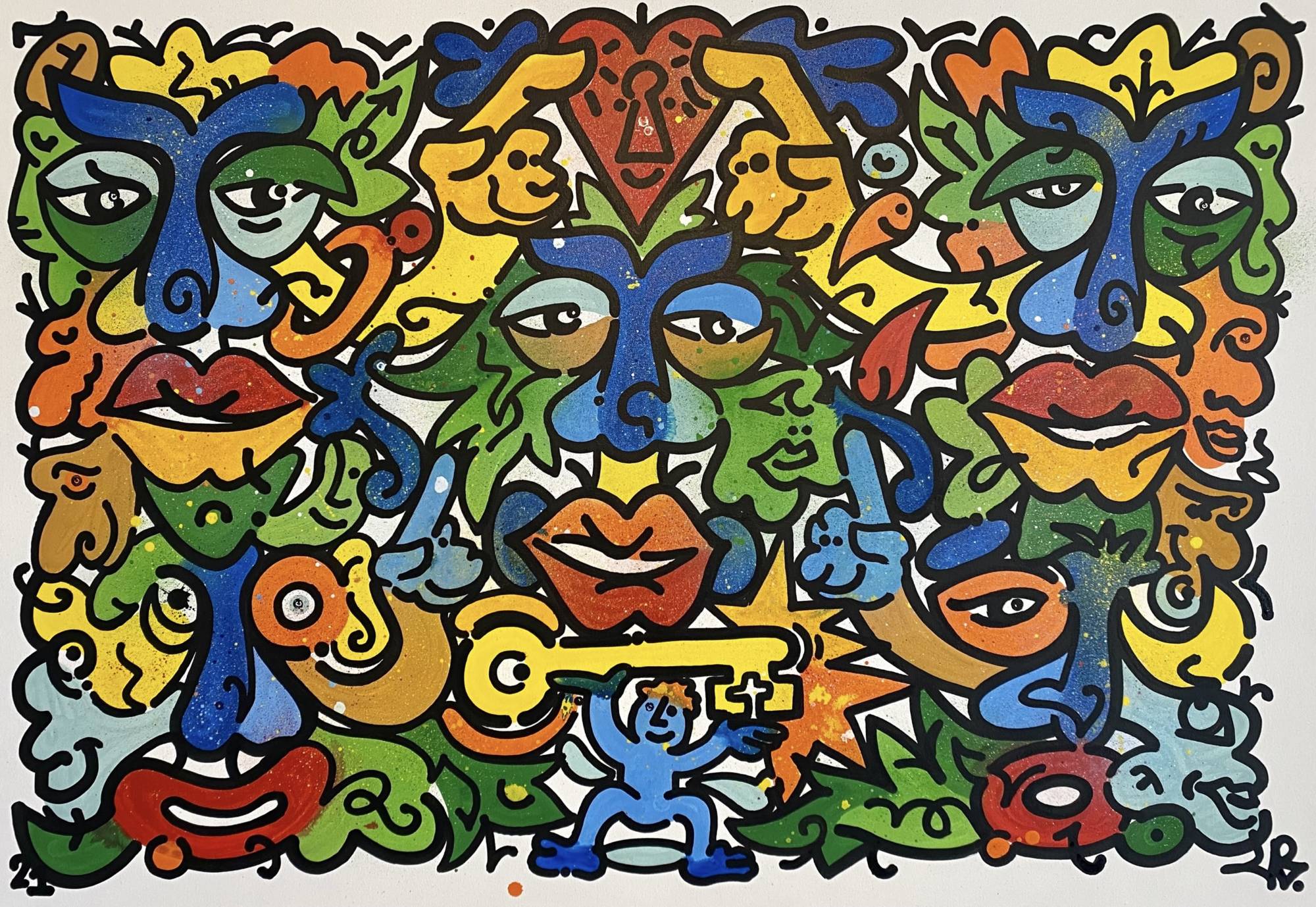 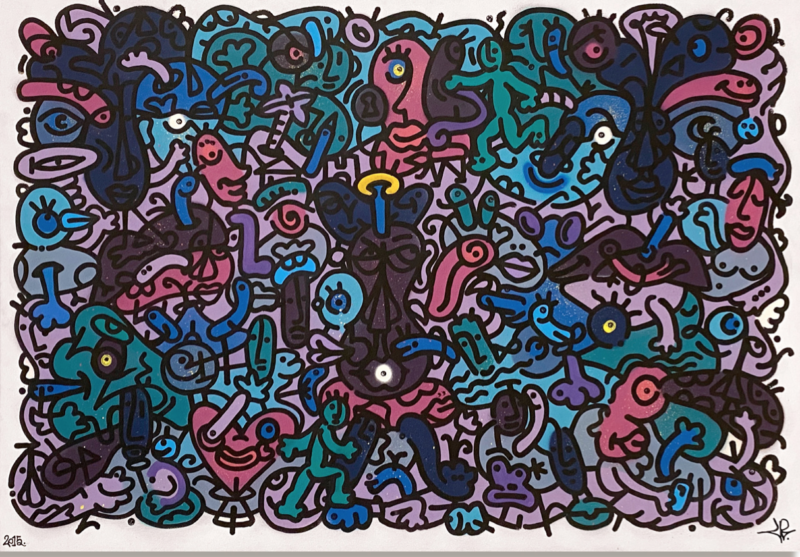 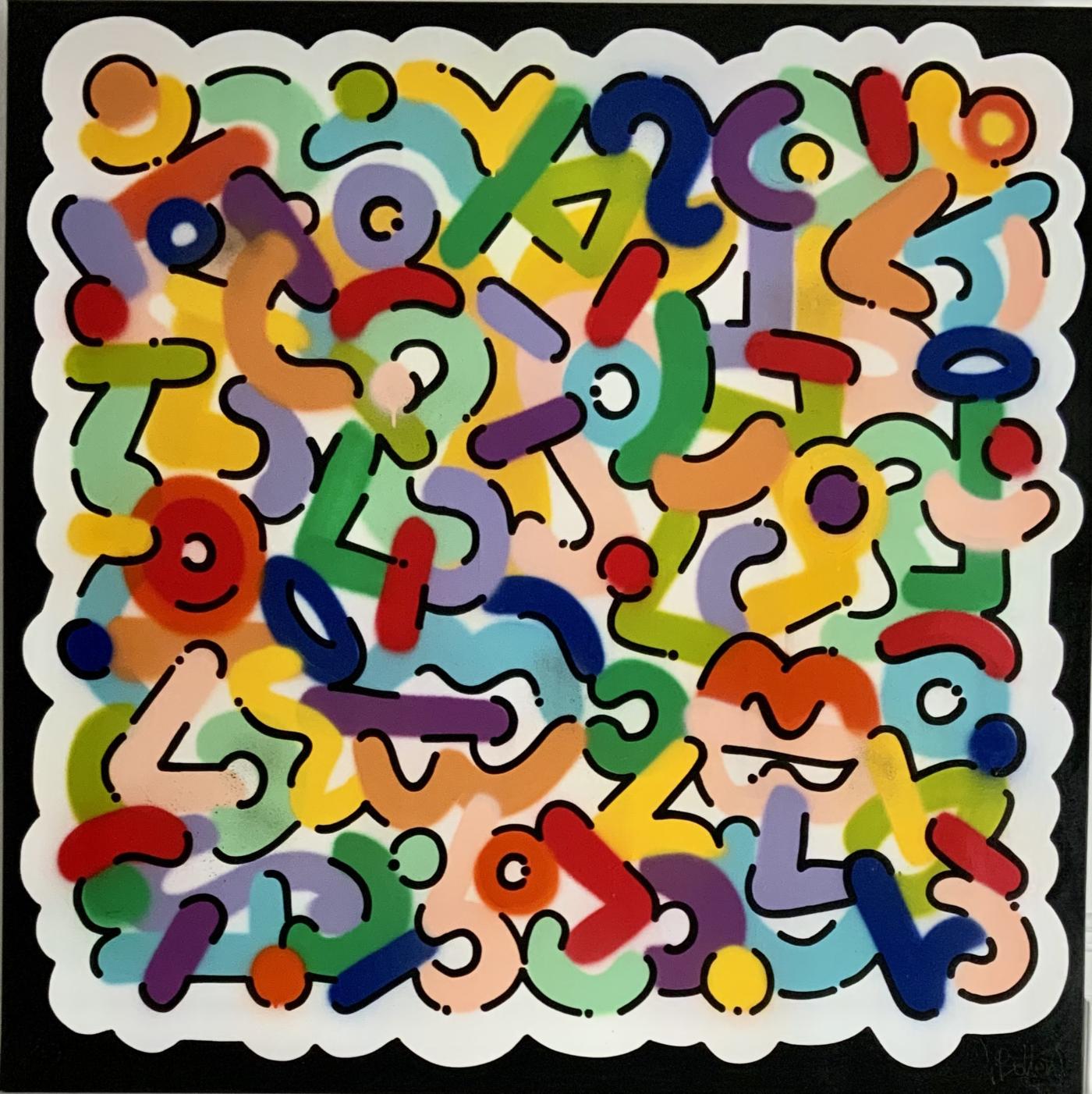 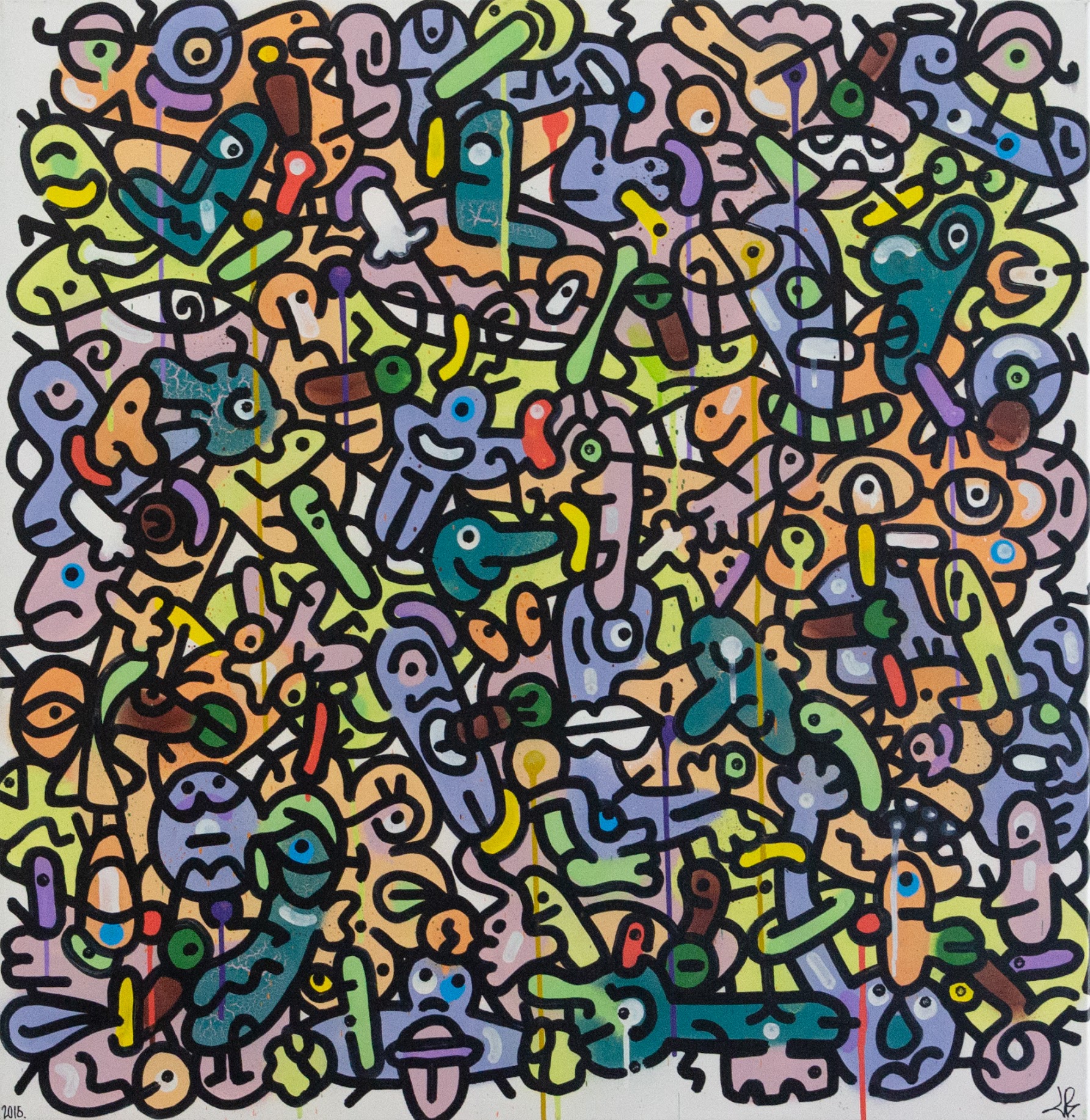 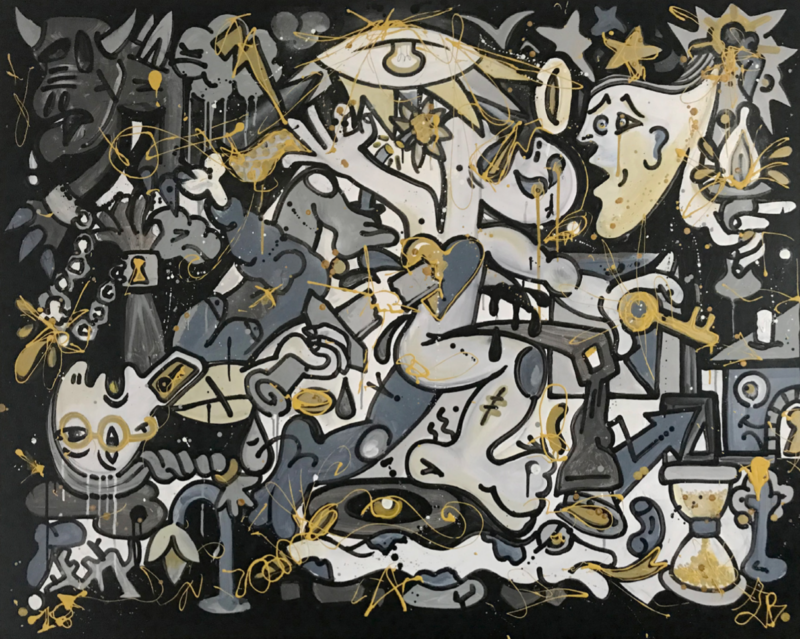 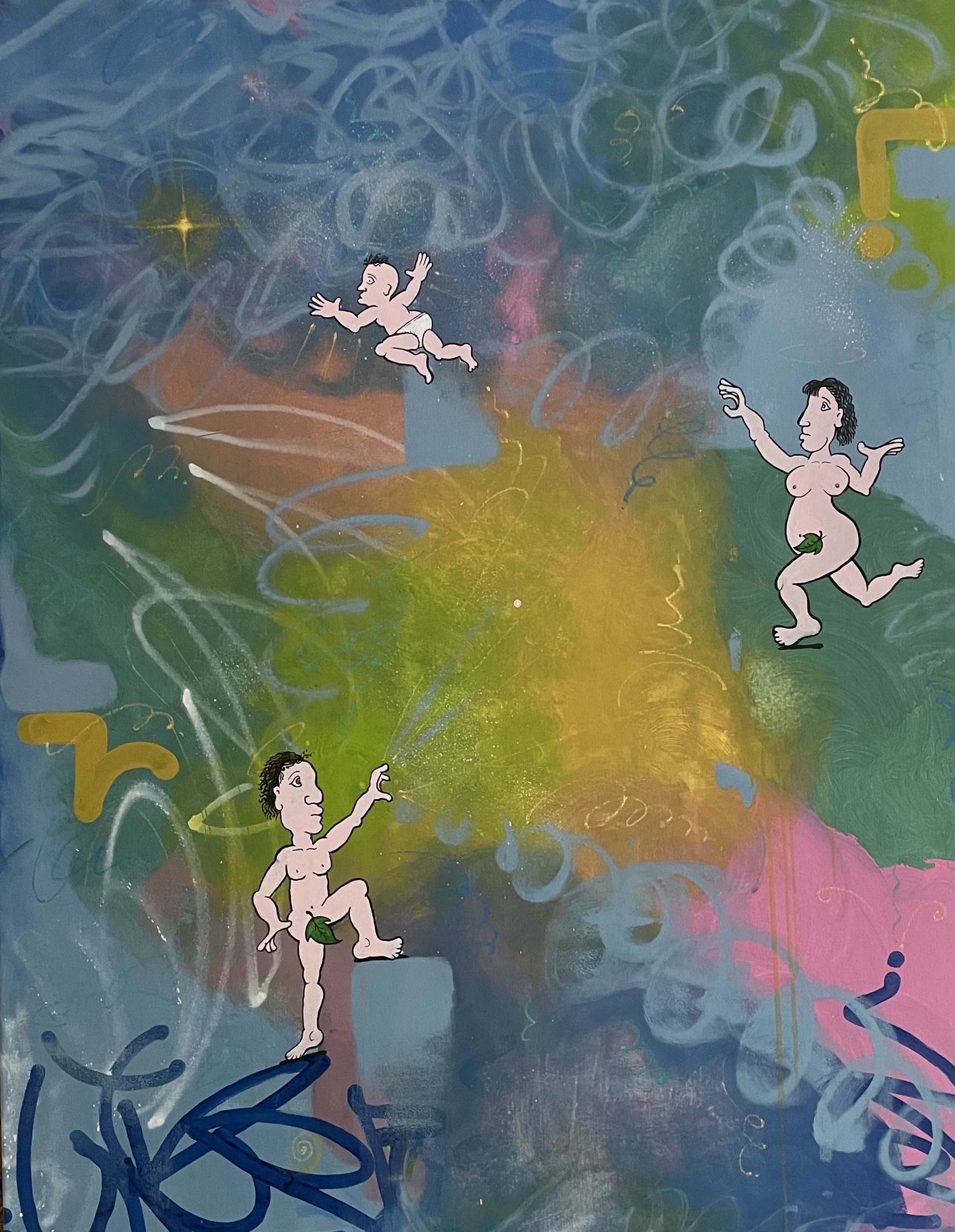 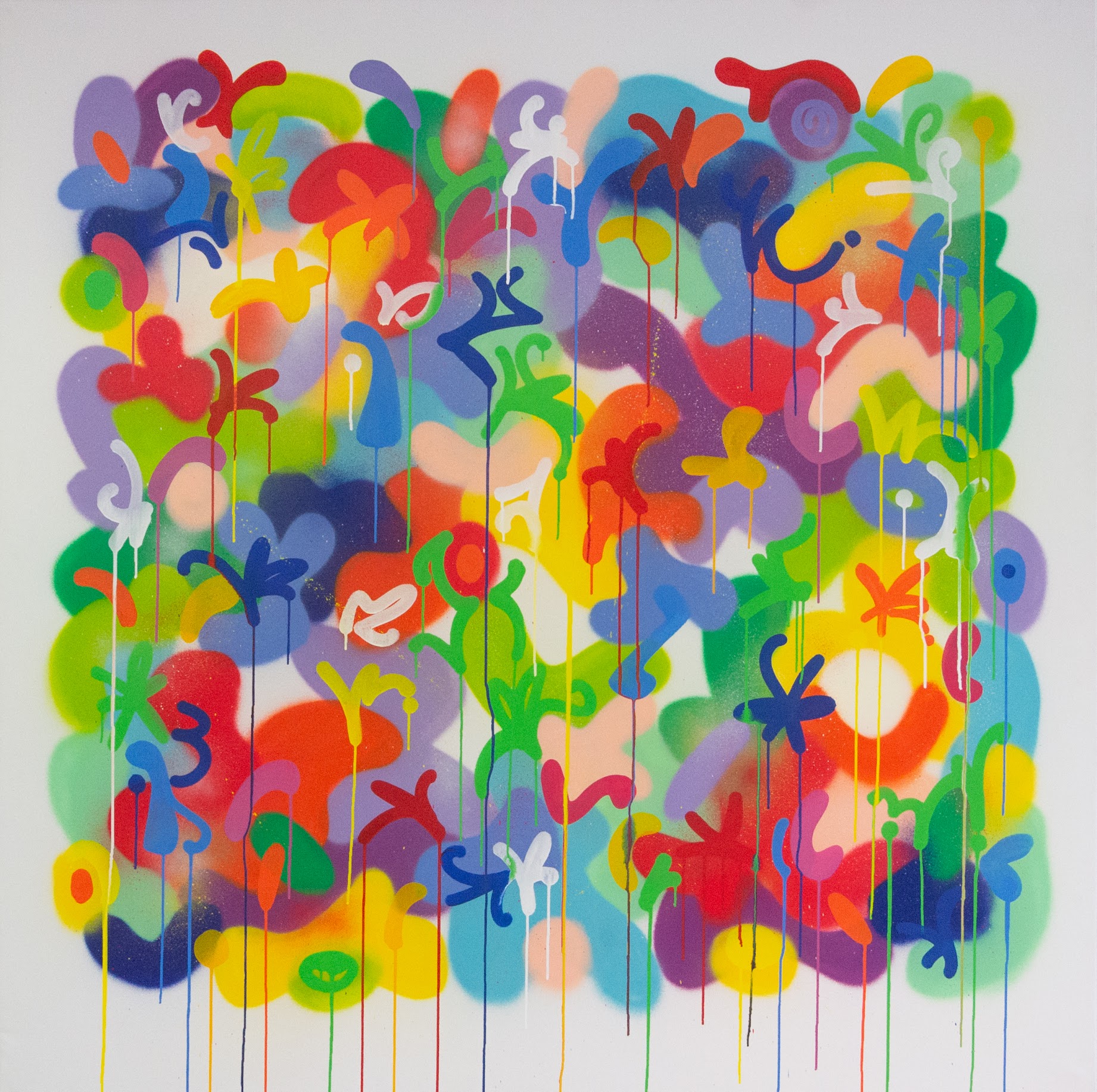 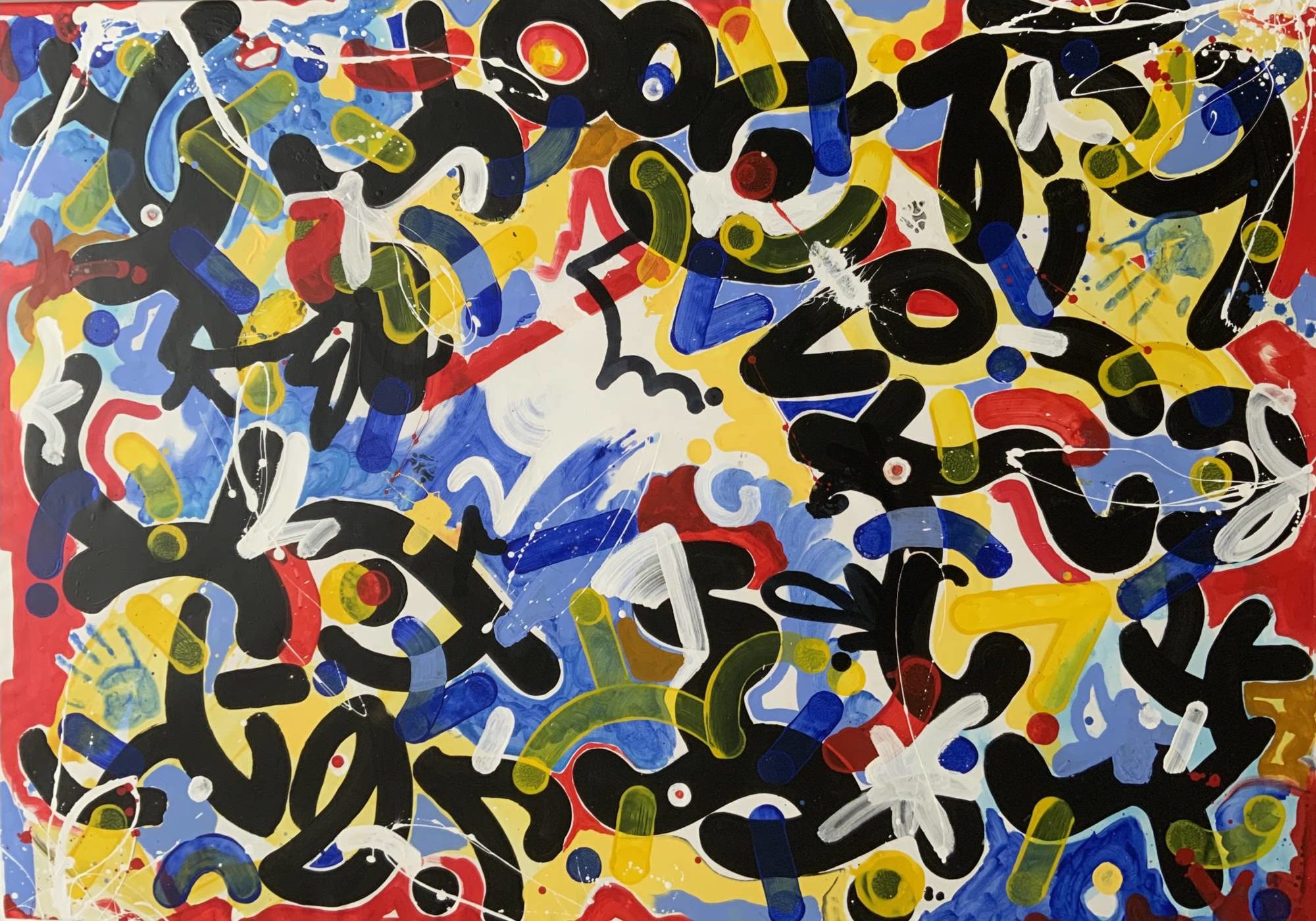